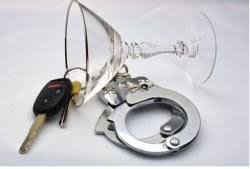 Driving under the influence (DUI, also sometimes called DWI or OUI) is one of the most commonly committed crimes in the United States. Unfortunately, because this crime is so common, many people make the mistake of taking their DUI arrests lightly instead of seeking appropriate legal representation. If you’ve been charged with DUI in Gadsden, AL, your first step should be to discuss your charges with a DUI lawyer like Scott F. Stewart.

On Your Side in DUI

Sometimes good people make mistakes. However, if you’re convicted of DUI, you could end up facing tough penalties such as jail time, loss of driving privileges, fines, or community service. Additionally, your insurance rates can be increased and you may even be shut out from some job opportunities due to your conviction.

With the stakes being so high, it’s a wise idea to enlist the help of an attorney who handles DUI cases. Scott F. Stewart can help you:

Whether this is your only DUI charge or your third, Scott F. Stewart can provide the support, advice, and representation you need to fight your DUI charge. Call today—your future depends on it.